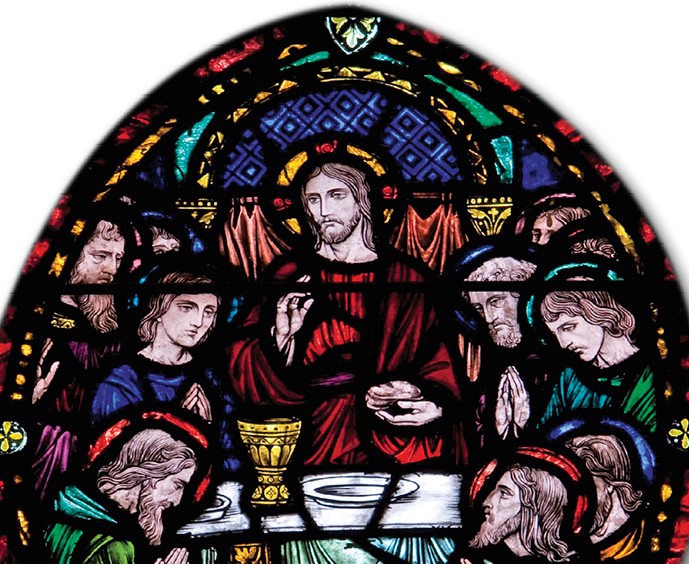 After Paul and Barnabas had proclaimed the good news to that city and made a considerable number of disciples, they returned to Lystra and to Iconium and to Antioch. They strengthened the spirits of the disciples and exhorted them to persevere in the faith, saying, “It is necessary for us to undergo many hardships to enter the kingdom of God.” They appointed elders for them in each church and, with prayer and fasting, commended them to the Lord in whom they had put their faith. Then they traveled through Pisidia and reached Pamphylia. After proclaiming the word at Perga they went down to Attalia. From there they sailed to Antioch, where they had been commended to the grace of God for the work they had now accomplished. And when they arrived, they called the church together and reported what God had done with them and how he had opened the door of faith to the Gentiles.

R. I will praise your name for ever, my king and my God.
or:
R Alleluia.

The LORD is gracious and merciful,
slow to anger and of great kindness.
The LORD is good to all
and compassionate toward all his works. R.

Let all your works give you thanks, O LORD,
and let your faithful ones bless you.
Let them discourse of the glory of your kingdom
and speak of your might. R.

Let them make known your might to the children of Adam,
and the glorious splendor of your kingdom.
Your kingdom is a kingdom for all ages,
and your dominion endures through all generations. R.

Then I, John, saw a new heaven and a new earth. The former heaven and the former earth had passed away, and the sea was no more. I also saw the holy city, a new Jerusalem, coming down out of heaven from God, prepared as a bride adorned for her husband. I heard a loud voice from the throne saying, “Behold, God’s dwelling is with the human race. He will dwell with them and they will be his people and God himself will always be with them as their God. He will wipe every tear from their eyes, and there shall be no more death or mourning, wailing or pain, for the old order has passed away.” The One who sat on the throne said, “Behold, I make all things new.”

St. Isidore the farmer (†circa 1130). Farm labourer from Madrid who, together with his wife, Blessed Maria de la Cabeza, visited churches before beginning his daily work and showed great generosity toward the poor.

St. Rheticus, bishop (†fourth century). Governed the diocese of Autun, France with wisdom and the gift of preaching.

St. Kaleb or Elesbaan, monk. (†c. 535). Ethiopian king who, to avenge the martyrs of Najran, engaged in battle against the enemies of Christ. Later, after sending his royal diadem to Jerusalem, he entered the monastic life.

St. Rupert, hermit (†eighth century). As a young nobleman, he built churches in his dukedom of Bingen, Germany. After a pilgrimage to Rome, he decided to consecrate himself to God and lived as a hermit in the vicinity of Mainz, until surrendering his soul to the Lord at the age of twenty-one.

St. Witesind, martyr (†855). He died on the outskirts of Cordova, Spain, for refusing to participate in Muslim worship.

Blessed Andrew Abellon, priest (†1450). French Dominican religious, theology professor and painter. He restored monastic discipline in the convents in which he was superior.

Saturday in the 6th Week of Easter Mass Readings ...

The Ascension of the Lord Mass Readings Featured Saints...

Monday in the 7th Week of Easter Mass Readings ...

Feast of the Visitation of the Blessed Virgin Mary The...

Lives of the saints

St. Nicholas of Flüe – Spectacle for Angels and Men

Blessed Humbeline of Jully – To Love Is to Serve… Always...