After a long period of closure due to restrictions prompted by COVID-19, the eight Eucharistic Adoration chapels of the Spanish Diocese of Valencia have once again opened their doors to the faithful. They are located in Alzira, Gandia, Valencia, Alcoi, Agullent, Catarroja, Requena and Moncada.

Hundreds of people participate each day in Eucharistic Adoration in these chapels, observing all the sanitary measures established by authorities.

A major new construction in honour of St. Rita of Cascia is under way in the Brazilian municipality of Cássia, Minas Gerais. The inauguration is set for 2022, on May 22, the liturgical memorial of this famous Saint.

The complex, located in the Diocese of Guaxupé, is the initiative of a devotee. In addition to a church with seating capacity for five thousand faithful, it will feature a replica of St. Rita of Cascia’s house, a votive chapel, commercial space and parking capacity for almost one thousand vehicles.

The new shrine will be the largest church in the world dedicated to this patron saint of impossible causes.

Canada has been granted yet another minor basilica. The title was bestowed in February on St. Finnan’s Church in Alexandria, Ontario, which was first established in 1833. According to the parish pastor, Fr. Jonathan Blake, the designation signifies “recognition of the beauty and history of the church, and the important role it has had in Alexandria and in this part of the province.”

The decree elevating the church to a minor basilica was officially read to the faithful during the Holy Mass celebrated on April 11. It is the third minor basilica in the Archdiocese of Ottawa-Cornwall, and the twenty-sixth in the country.

In just two days almost all the clergy of the Apostolic Prefecture of Xinxiang, China were arrested by the local police.

On the afternoon of May 20, about one hundred police officers surrounded the factory building which served as the diocesan seminary and arrested seven priests and ten seminarians, who had their belongings confiscated. The Chinese authorities closed the premises and also arrested its director. The ten candidates to the priesthood were sent home and forbidden to study theology.

On the following day, Bishop Joseph Zhang Weizhu, the sixty-three-year-old Bishop of Xianxiang, was also arrested. The prelate, ordained in 1991, has been detained on other occasions.

According to the authorities, the security agents were complying with the regulation on religious activities decreed by President Xi Jinping in November of 2020. The Xinxiang Apostolic Prefecture, comprised of approximately one hundred thousand faithful, is not recognized by the Chinese communist government, which considers its activities “criminal” and “illegal”.

As Asia News agency points out, “according to many observers, since the signing of the provisional agreement between China and the Holy See, the persecution of Catholics – especially the unofficial ones – has increased.”

Another priest murdered in Nigeria 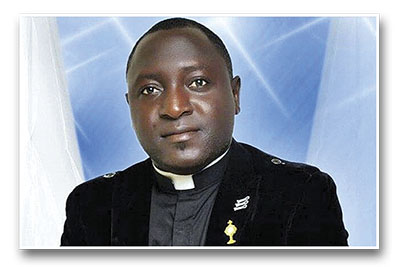 Religious persecution in Nigeria continues. On the night of May 20, a group of armed men stormed St. Vincent Ferrer Parish in the city of Malumfashi and killed the parish priest, thirty-year-old Fr. Alphonsus Bello, kidnapped his predecessor, seventy-year-old Fr. Joe Keke, and left many wounded.

According to Fr. Umoh, Director of Social Communications of the Catholic Secretariat of Nigeria, the body of Fr. Alphonsus Bello was found the next morning on farmland near the catechism school. However, there was still no indication as to the whereabouts of Fr. Keke.

Floral offering to submerged statue of Virgin of the Forsaken

On May 16, the traditional floral offering was made to the image of the Virgin of the Forsaken, which for more than forty years has been submerged in the waters surrounding the lighthouse of Valencia.

At eleven o’clock in the morning, several boats set out from the port of the city, carrying flowers for Our Lady. When they arrived at the locale, fifteen divers made the descent to present the arrangements to the statue, situated at a depth of ten metres. Participants then returned to the Royal Nautical Club of Valencia, where Holy Mass was celebrated.

Devotion to Our Lady of the Forsaken dates back to the 15th century. In 1977, an image of this invocation was sculpted in bronze and submerged in the waters of the sea, at a depth of fourteen metres, in order to guard the city and the sailors. Thirty years later, it was removed for restoration, and was finally submerged once again 2009, in a more accessible location.

In late May, several valuables belonging to Mary Stuart, Queen of Scotland were stolen from their display at Arundel Castle in West Sussex, England. The artifacts had been kept since the 16th century by the Duke of Norfolk’s family, who received them after the monarch’s death. Among the items taken was the gold rosary the Queen had on her person during her execution on February 8, 1587.

Investigators suspect that the criminals entered through one of the windows of the castle, which has recently reopened to visitors. The thieves smashed the display case where the items were being exhibited and fled before police arrived.

Jan Graffius, Curator of the Stonyhurst Collections, who, in addition to historical documents and objects, is responsible for a large collection of relics of Catholic martyrs belonging to Stonyhurst College in Lancashire, northern England, expressed her sorrow: “This is a very tragic loss for history, and specifically Catholic history.” She added: “The true value of certain objects, such as Mary Stuart’s rosary, cannot be measured in financial terms.” 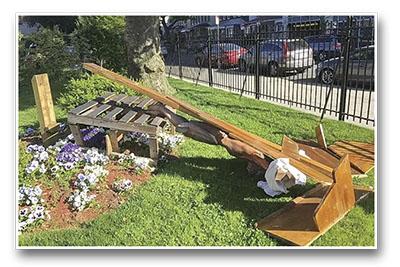 Another act of desecration committed in New York was discovered on the morning of May 14. This time it involved a crucifix which stands outside Brooklyn’s St. Athanasius Church, which was thrown to the ground, face down.

As an act of reparation, the faithful of the parish held a prayer vigil the next day, and temporarily erected a wooden cross at the site until the original crucifix is restored.

A few days later, a statue of the Child Jesus was decapitated in the same area of New York. This attack took place on the grounds of the administrative offices of the Diocese of Brooklyn.

The churches of this ecclesiastical circumscription have been notified to be on alert, as hate crimes and vandalism against the Catholic Church are on the increase in the region.