Congresses on the Holy Church

“Behold how good and how pleasant it is for brethren to dwell in unity” (Ps 133:1). Doing justice to these words of the Holy Scriptures, young people and adults from all over Brazil and the world flocked to the formation Houses of Tabor and Mount Carmel in Caieiras (SP) during the last weeks of July, in order to participate in the time-honoured congresses for the male sector (photos 1 and 2), the female sector (photos 3 and 4) and for the cooperators of the Heralds of the Gospel (photos 5 to 7).

The three congresses were based on the theme of the Holy Church, giving participants the opportunity to gain a deeper knowledge of this Mother who, owing to the promise of immortality she received from her Divine Founder – “The gates of hell shall not prevail against it” (Mt 16:18) – has passed unscathed and immaculate through the fiercest battles, both internal and external, that have been waged against her.

Lectures, theatrical productions, study circles, Masses, Adoration of the Blessed Sacrament and processional Rosaries were some of the activities that filled these days with blessed and joyful fellowship, so that participants could return to their duties with renewed vigour.

Congresses on the Holy Church
1 of 7 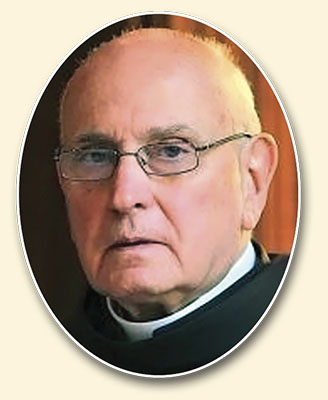 After seventy-nine years of fighting and conquering for Mary Most Holy, on June 13, Fr. Jorge María Storni, EP, Superior General of the Clerical Society of Apostolic Life Virgo Flos Carmeli, priestly branch of the Heralds of the Gospel, departed for eternity.

Fr. Storni was born in Buenos Aires in 1942. After obtaining a Law degree, he dedicated himself to defending the Faith and the inspiring principles of Christian Civilization, participating, for this purpose, in various associations in his native country.

At a young age, he met Dr. Plinio Corrêa de Oliveira in the Argentine capital, with whom he established a close and deep friendship, receiving from him important missions in Europe and America, on account of his exceptional gifts and deep piety.

As a member of the Heralds of the Gospel, he was ordained a priest in 2008. A man of great culture and wisdom, he obtained a Doctorate in Canon Law in Venice in 2013. In 2017 he was elected Superior General of the Clerical Society of Apostolic Life Virgo Flos Carmeli, a position he held until his death.

Colombia – On July 20, people from various regions of the country gathered to participate in a Marian congress held at the Church of Our Lady of Fatima, in Tocancipá. In addition to lectures, there was also a solemn crowning of the Pilgrim Statue of the Immaculate Heart of Mary, Benediction of the Blessed Sacrament and Holy Mass.

Consecration of 168 Thousand Families
to the Blessed Virgin Mary

On July 25 and 26, over one hundred and sixty-eight thousand Spanish-speaking families from Latin-America and Spain made their solemn consecration to Jesus through Mary, after completing the preparation course given by Rev. Fr. Manuel Rodríguez Sancho, EP, offered free of charge through the Reconquest Catholic Formation Platform of the Heralds of the Gospel.

Twelve thousand people were personally present for the ceremonies held in churches, oratories and chapels of the Heralds of the Gospel. In Spain, these took place in the cities of Madrid, Murcia, Oviedo, Santiago de Compostela, and Sevilla la Nueva; in Colombia, the cities of Bogota, Medellin and Tocancipá; in Ecuador, the cities of Quito, Cuenca and Guayaquil; the city of Ypacaraí in Paraguay; as well as in the capital cities of Mexico, Guatemala, Costa Rica, El Salvador, Dominican Republic, Peru, Chile, Argentina and Uruguay. Additionally, two hundred thousand families were able to watch, through the Heralds of the Gospel channel on YouTube, the Mass and consecration ceremony presided over by Fr. Manuel Rodríguez at the Church of Our Lady of Fatima in Tocancipá, Colombia.

Over the last year, 800,000 families in the Americas and Europe have consecrated themselves to Our Lady through the courses provided on the Reconquest Platform.

The Secret of the Angelic Victory

Blessed Are the Stars that Saw You...