Providential Men and the Key of History 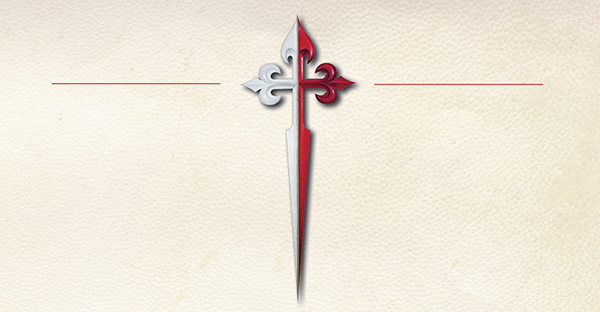 Being essentially communicative, the Supreme Good wanted to extend His benefits to the whole universe, in an act of pure love. We know from Revelation that “In the beginning God created the heavens and the earth” (Gn 1:1), giving birth to temporal history, written in what could be called the “book of creatures”, whose author is God Himself and whose chapters are the various historical phases.

Leafing through the pages of this work and comparing its plot with a literary genre, we would find it very far from the flowery tales, and closer to the epic narratives. What dramatic story can be compared to that of Adam and Eve after their sin, that of flood or of the tower of Babel? What tales of heroism resemble the exploits of Abraham, Jacob, Moses, Gideon or Samson?

There is, however, a central axis in this divine epic poem: Jesus Christ. Through this “First-born of all creation” (Col 1:15), the veils of human limitations were swept away and some flashes of the mysterious plans of Providence could be contemplated.

We know that the universe came from God’s hands and will return to Him, for the Lord attests: “I am the Alpha and the Omega” (Rv 22:13). However, just as Sacred Scripture has infinite hermeneutical layers, so too does the “book of creatures”. Faced with these sacred “manuscripts”, we are illiterate in discerning the deepest meanings of historical events.

It is certain, as Benedict XVI has pointed out, that the witness of the Saints constitutes the best explanation for the Gospels and consequently for history itself, by palpably manifesting the light of God in the course of events.

Thus, St. Augustine communicated this light in the midst of heresies, St. Benedict radiated it throughout Europe, which was still barbaric, St. Dominic of Guzman transmitted it as the Word of God, St. Francis of Assisi manifested it in the fight against the materialism of his time and St. Thomas Aquinas, like a beacon, scattered the darkness of false doctrines of the future. At times, scintillations of this light have even shone in certain souls who, while not entirely corresponding to the plan that Providence had traced out for them, fulfilled to some extent the historic mission that was theirs on earth.

In this way, even if one traverses an avenue of dead ends – an expression coined by Plinio Corrêa de Oliveira – there is always a light at the end of the tunnel. A cogent example shines in the epic of St. Joan of Arc, whose vocation was analogous to that of the great providential men of the Old Testament. Her persecutors, on the other hand, were expelled from History, as the case of Jean d’Estivet, her prosecutor attests: he was found dead in the sewers near Rouen…

In sum, if the Saints are a privileged way for God to intervene in history, the most perfect way was manifested only in the holiest of creatures: Our Lady. Through Her the Saviour came into the world, the Holy Spirit descended upon the Apostles and upon the world. Through Her great apparitions occurred, such as those of Lourdes, La Salette and Fatima. Finally, by her heel the race of the Serpent is constantly crushed. Therefore, we can conclude that Mary Most Holy is the key of history. And only Providence knows when it will turn again… ◊

The Immortality of the Counter-Revolution

The Secret of the Angelic Victory