What sort of strange behaviour was this? Apparently, not everyone was aware of the importance of the Holy Mass… 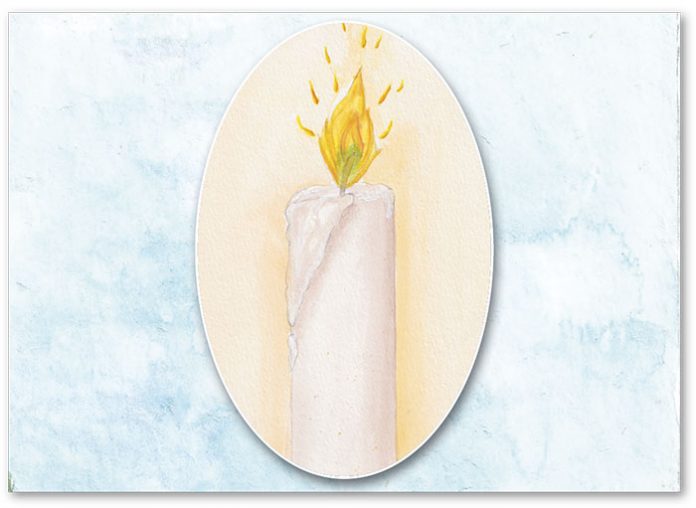 Ding-dong, ding-dong, rang the church bell, loud and clear. Its tolling invited the faithful to prepare for the Holy Sacrifice of the Mass that was about to begin.

The altar boys were already standing in silence at their posts, waiting eagerly for the celebration to commence. The zealous sacristan verified that everything was in order, especially on the altar, where the miracle of Eucharistic transubstantiation would take place.

In this atmosphere of solemn suspense, a whisper was heard:

“Oh, how happy I am that Mass is starting soon! It’s going to be so beautiful!” It was the altar linen talking to the altar.

“Yes, yes!” the altar replied. “People come from quite a distance to attend Mass here in our church, because nowhere else is the Lord’s Day celebrated with such splendour and sacrality.”

At last, the solemn opening procession of the Eucharistic Celebration began. It was led by the crucifer – or cross bearer –, followed by the candle-bearing altar boys, the acolytes, deacons and, finally, the priest.

From the very outset of the liturgy, the faithful, in their pews, appeared to be rapt with wonder at each step of the ceremony.

However, there was also some strange behaviour taking place, since it seemed that not everyone was aware of the great importance of the Holy Mass… One of the candles was striving to stand out from the others, sending up an unusually large flame from its overly long wick.

Truth to be told, this particular candle was already famous among the other liturgical ornaments for its pretentiousness. It gloried in the beauty that its light lent to its surroundings, to the point that it believed itself to be the main object on the altar, made of the most precious material on the face of the earth. But that Sunday, it would receive a lesson that it would never forget.

When it was time for the sermon, the candle saw the eyes of those present turn towards the pulpit, where the priest began to comment on the mysteries of the life of Jesus with inspired words. So, the candle started to wave its flame frantically back and forth in order to win back its audience. Its efforts were all in vain, for the faithful remained entirely focused on the exhortations of the celebrant.

Only one person noticed this silly behaviour: the sacristan.

The other liturgical objects understood what the candle was up to, and they thought it was shameful. What that candle failed to realize was just what an ugly thing it is to try desperately to be the centre of attention. In general, the more people seek glory for themselves, the more contemptible they appear to those around them.

The candle’s companions told it to be still, but they were more moved by pity than by anger. “Poor thing,” they thought, “it doesn’t realize how ridiculous it is to act this way.” And then they ignored it, because they wanted to hear the rest of the priest’s sermon without distractions from secondary things. Fortunately, they were able to remain recollected until the end of the celebration.

Seeing its efforts thwarted in this way, the candle still had no intention of giving up. When the homily was over, and the Offertory began, it struggled to intensify its flame even more. But it was no use… And it thought to itself:

“How absurd! Has no one noted the beauty of my blaze?”

Mass went on, and it was now time for the Consecration. All the faithful in the Church had their eyes on the altar, since the Eucharistic Species were there, and the candle mistakenly imagined itself to be the object of that attentive observation. It cried out:

“Finally! Look how many eyes are riveted on me, enthralled by my glow! My light is the life of the ceremony; the Mass would be impossible without me. I contain the highest symbolism: my purest wax reminds all that Christ is the Son of the Ever-Virgin and Immaculate Mary; my fire, fed by my wick, represents the faith that the faithful of the whole world must maintain, with all their soul’s might, to light up the universe! Yes, I am indeed extraordinary!”

The candle’s self-praise went on in a crescendo, until the sacristan could no longer put up with those exaggerated movements. He had hoped that the wick would diminish in size as the fire consumed it, causing the flame to die down a bit. But, seeing as the strand did not adjust itself, he leaned over to the candle before Communion time and discreetly folded its wick over, hoping to solve the problem that way.

“What’s going on? Is this man trying to dim my brightness? What an outrage!”

And it tried with all its might to counteract the sacristan’s smothering attempts.

Then the worst thing the candle could have feared happened: its wick was clipped away almost entirely. The unfortunate candle felt itself as if in the grip of death… This was something it had not expected at all. It wept uncontrollably, while at the same time trying to keep up appearances before the other objects of the presbytery.

As the faithful lined up to receive the Body and Blood of Jesus, it poured forth a veritable litany of lamentations:

“Why do they pass by without noticing me? What an oversight! How ignorant!”

And, to everyone’s dismay, the candle’s comportment grew even worse than before: it started to sputter and let off showy sparks, in the hope of gaining some notice. Such bright and beautiful sparks, it thought, were sure to restore its “lost dignity.” But the others only regarded its antics as outlandish.

Losing his patience, the sacristan said to himself:

“For heaven’s sake! I can’t attend Mass properly. This candle is distracting me and all the faithful too. I must put an end to this situation!”

Without further ado, he went to the altar, seized the candle, snuffed it out and carried it off… He soon brought a new candle to replace it, and stashed the old one in a drawer, without a pedestal, without a flame, without light, without eyes to watch it, without leaving good memories behind it.

This is what can easily happen to those who want to be seen as greater than they are, and constantly seek praise from others. Such is the fate of pretentious people: the more they seek to call attention upon themselves, the more they will be set aside. Our Lord’s celebrated phrase rightly warns us: “Everyone who exalts himself will be humbled, but he who humbles himself will be exalted” (Lk 18:14). ◊

The Memoirs of a Grain of Wheat

I Will Fight for Your Love