Despite the pandemic, and fulfilling all health regulations in force, sixty-three groups of pilgrims totalling almost forty thousand people visited the Marian Shrine of Częstochowa in Poland to celebrate the Assumption of the Blessed Virgin Mary last August 15.

The Bishop of Radom, Most Rev. Marek Solarczyk, saw to the spiritual needs of the pilgrims, and had a trumpet call mark the beginning of the daily activities for the participants. These were individuals of all ages, including clergy, consecrated and lay people, both educated and simple, but all with a special devotion to the Blessed Virgin.

This year’s August pilgrimage was especially an act of thanksgiving for the celebration of the 30th anniversary of World Youth Day in Częstochowa. Therefore, one of the main events was the concert Pilgrims Sing the Songs of John Paul II.

Number of Christians killed by terrorists in Nigeria grows

Intersociety, the International Society for Civil Liberties and the Rule of Law of Nigeria, has released a report which highlights that during the present year of 2021 alone, more than 3,400 Christians were killed by Islamic terrorists in that country, an average of seventeen deaths per day.

According to Intersociety, these figures are the second highest since 2014, during which more than 4,000 Christians were victims of the Muslim group Boko Haram, and another 1,200 people were massacred by Fulani herdsmen.

Furthermore, between January and July of 2021, nearly three thousand Christians were kidnapped. It is estimated that for every thirty Christians kidnapped, at least three end up dying, bringing the number of deaths in captivity to three hundred. One hundred and fifty unregistered murders were also counted, as well as three hundred churches that were threatened, attacked or burned.

The authors of the research lament the impunity enjoyed by the perpetrators, which fuels and encourages the repetition of such atrocities. The Nigerian government has also come under heavy criticism for its complicity in crimes against Christians in the country. 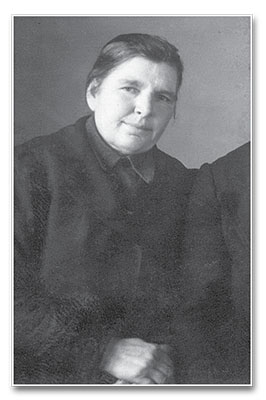 On August 15, the opening of the diocesan phase in the beatification process was announced for the Servant of God Gertrude Detzel, a laywoman who dedicated herself to evangelization during the hard years of Stalinist repression. The announcement took place during the Eucharistic Celebration presided over by Bishop Clemens Pickel of San Clemente a Saratov diocese, in the Basilica of St. Joseph in Karaganda, Kazakhstan.

Gertrude Detzel was born in 1904 to a Catholic family in the village of Rozhdestvensky. At the start of World War II, she was sent to work in the cotton fields south of Kazakhstan and later to the Guryev region, where she served in the Baichunas oil field.

In the midst of her toil, she found time to gather the women together to pray and to speak of God. Denounced, she was arrested, tried and sentenced to ten years of forced labour in Soviet gulags. Her release was decided during the 1954 amnesty, and she settled in Karaganda, where she aided priests who, while in hiding, were organizing the Catholic communities. Gertrude died on August 16, 1971.

An unprecedented event in Central Asia took place in Tajikistan when its first Catholic monastery of contemplative life was founded last June 27, the day on which the country celebrates its national unity.

The religious family of the Institute of the Incarnate Word (IVE), a foundation of Argentine origin, is responsible for the new monastery. It was named after St. John Paul II, in honour of the Pontiff who was such a strong promoter of the missions in Central Asia at a time when communism still impeded the public expression of the Faith.

Fr. Pedro López, priest responsible for the Catholics in Tajikistan, told Asia News that the sisters of the mission will be praying constantly for the apostolic fruits in the country, and that the foundation of the monastery was providential, as it took place before the problems with its neighbour Afghanistan began.

The ceremony was marked by a Holy Mass celebrated by the Apostolic Administrator of Uzbekistan, Fr. Jerzy Maculewicz. This was followed by a short procession with the Virgin of Luján– Patroness of Argentina and of the IVE missions – carried on a litter by the sisters, to be enthroned as Patroness of the house.

Collection on the Church’s Social Doctrine published in São Paulo 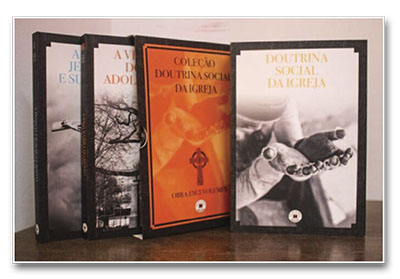 Kolping Brasil published the Collection of the Social Doctrine of the Church at the Ítalo Brasileiro University Centre on August 7, as the fruit of a course held between 2015 and 2016 in the Diocese of Osasco, subsequently produced into an extensive and thorough work. It is the first publication bearing the Kolping Brasil seal, a non-profit association that strives to overcome all forms of poverty through education and work. The collection is presented in a box with three volumes: The Person of Jesus Christ and His Message; The Social Doctrine of the Church; The Life and Work of Blessed Adolfo Kolping.

The publication was made possible through the support of the Mercy Fund, which received the request for help made by Kolping Brasil Foundation president Edvaldo Azevedo, with the consent of Cardinal Odilo Pedro Scherer, Archbishop of São Paulo, in April 2019, but can only now reap the rewards of its sponsorship. The Cardinal prefaced the first volume of the Collection.

12th-century pipe organ to be restored

Frozen in time, like a kind of “musical Pompeii,” the 221 remaining original pipes of the organ in the Church of the Nativity, in Bethlehem, West Bank, can be given new life. So hopes David Catalunya, musicologist, historian and University of Oxford researcher, responsible for the project that aims to replicate the original pipes and reconstruct the missing parts of the organ so that it may once again be heard, after eight hundred years.

According to the researcher, the instrument dates from the 12th century and is a unique specimen in the world. Its pipes were discovered in an archaeological dig at the Franciscan monastery of the Church of the Nativity in 1906, along with bells and other liturgical accessories, and were taken to Jerusalem under the care of the Franciscan Custody of the Holy Land.

Catalunya believes that the French Crusaders brought the organ to the Holy Land in the first half of the 12th century, and that it survived Saladin’s invasion in 1187 only because it was regarded as a mere piece of furniture. In 1244 the pipes, bells and other liturgical items were buried in the face of the imminent invasion of the Khwarazmian Turks.

After two hundred and thirty years of absence, the Benedictine monks returned at the beginning of August to Solignac Abbey, an emblematic monastery founded in the 7th century by St. Eligius, near Limoges, France.

The Benedictine Order had been expelled from it in 1790, during the French Revolution. Since then, the abbey has been used successively as a prison, a boarding school for girls, a porcelain factory and a shelter for Catholic teachers during the years of the Second World War. Starting in 1945, it housed the Missionary Oblates of Mary Immaculate, more recently becoming the property of the Diocese of Limoges and now belongs once again of the sons of St. Benedict.

According to Dom Jean-Bernard Marie Bories, abbot of the Benedictine monastery of St. Joseph of Clairval, which re-acquired the Solignac Abbey, the locale will not only be used by the Benedictine community, but also as a spirituality centre for prayer and retreats.

The official opening of the monastery is scheduled for November 28.