With all the attentiveness proper to a truly Catholic mother, Dona Lucilia strove to provide her children with a proper formation, stimulating in them a sense of the marvellous. 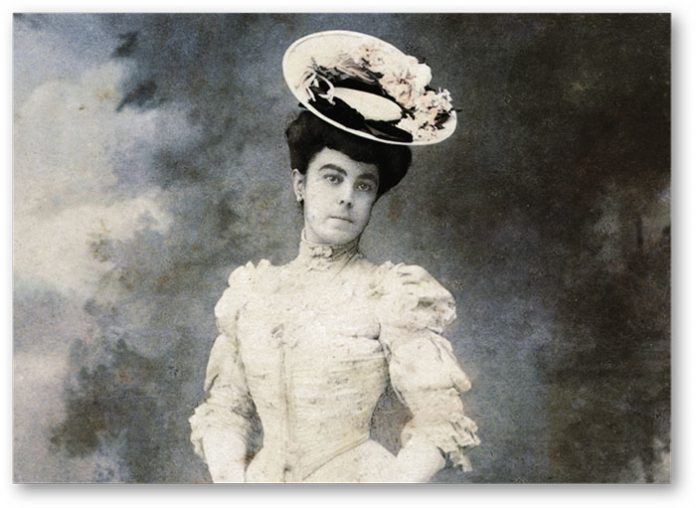 Dona Lucilia was also very careful with her children’s nutrition. She believed in the wise old concept that strong health is based on good nutrition. Therefore, she made every effort to ensure that Rosée and Plinio had substantial and appetizing meals set before them at the table.

With loving care, she discovered what dishes they most enjoyed. Then, with the cooks, she arranged a menu entirely adapted to their tastes. By this means, she intended to stimulate their appetites so that they would eat well.

She often took the children to bakeries and tearooms such as Mappin’s or the German Shop, where refinement went hand in hand with good food, of which they enthusiastically approved. Sometimes Fräulein Matilde, their governess, accompanied them as well.

With motherly diligence, Dona Lucilia even turned to some of the old home-style recipes that she had collected while in Pirassununga, her birthplace.

At that time, São Paulo was still a quaint mixture of country life and urban progress. In the early morning, the jingling bells of a herd of goats could be heard, whose wholesome and tasty milk was being sold door-to-door. Dona Lucilia would send a maid to buy some, and she herself would serve it to the children while they were still in bed, in beautiful crystal glasses and flavoured with French cognac and cinnamon. The recipe was as simple as it was old, and always proved a powerful tonic.

At other times, when the children were busy with their studies under the vigilant eye of Fräulein Mathilde, Dona Lucilia prepared delicious snacks to reward their efforts.

In addition to the care she took with her children’s nourishment, Dona Lucilia also understood the importance of another aspect of a child’s upbringing which is often lightly glossed over – their toys.

Stimulating the children’s sense of the marvellous

Through toys, Dona Lucilia sought to remind Rosée and Plinio of the fairy-tale world of European civilization they had recently been introduced to. Thus, their childhood was surrounded by the aura of European culture, directing their tendencies upward.

Hence, she categorically avoided any toy that tended toward vulgarity, or that could encourage a secularist mindset. Rather, she favoured those that stimulated their appreciation of the marvellous or contributed to their intellectual and cultural formation.

When planning her Christmas shopping, she would take Rosée and Plinio for an outing, and “by chance” drop into several of São Paulo’s best toy stores, such as The Hare, Fuchs’ Gifts, and St. Nicholas, and let them browse the toys to their hearts’ content.

Since both of them were quite demonstrative, she easily discovered their preferences by observing their reactions. In this way her surprises were always compatible with the children’s wishes.

One of the toys Plinio received from Dona Lucilia, that brightened his early childhood was a small wooden horse – huge to him – that he called “my Enormous.”

When the family went abroad, “Enormous” was left locked in the toy closet. When he got back from Europe, one of the first things he wanted to do was to take out “Enormous” and play with it again. But to his astonishment, when he opened the closet, the horse seemed to have shrunk!

Extremely perplexed, Plinio wondered what unkind person had switched his beloved toy with this diminutive substitute. He finally had to submit to the irrefutable logic of the explanation given: “Enormous” had not gotten smaller, but rather he had grown. Keenly disappointed, he wanted nothing more to do with the toy.

Dona Lucilia smiled with tender compassion at her son’s reaction; Plinio was experiencing the first of a long line of disillusionments that life holds for everyone.

Sometimes her dedication impelled her to make homemade gifts for the children. In spite of feeling unwell, she might stay up to one or two in the morning drawing figures such as paper dolls, which she would cut out, decorate and paint for Rosée with meticulous skill. She used to accent their hair and clothes with sparkling mica powder.

She also had a carpenter build a dollhouse for her daughter which she decorated with curtains that she herself had carefully cut and sewn and miniature furniture of her own design. The house had three “spacious” rooms: a living room, a dining room, and a bedroom.

The lead soldiers she bought Plinio at the Maurice Grumbach Store, strikingly decked out in colourful uniforms, were among his favourite toys. Over time, he amassed a collection of over a thousand figures, with which he organized parades, reviews, and battles, and kept for years afterwards as a fond souvenir of his childhood.

Another loving gift from Dona Lucilia to her son was a miniature French village. She thoughtfully chose this toy, not only to stir the child’s imagination – since the village could be set up however he wished – but also to foster a heightened appreciation for good manners, since among the set’s pieces were some village characters portrayed as cordially greeting each other. One of them, for instance, the judge, sporting coattails and cane, was tipping his hat to a passer-by.

Among the gifts he received from Dona Lucilia, Plinio especially liked the imported puzzles, depicting palaces, European landscapes or scenes from the East such as the Taj Mahal or a group of nomadic Tuaregs mounted on camels and crossing an immense desert, its sands tinged a reddish-gold by the sunset.

Preparing her children to follow the path of duty

Anyone who considers Dona Lucilia’s maternal dedication in a superficial way might inaccurately suppose that her abounding goodness, affection, and sweetness would have cancelled out the opposite virtues of severity, intransigence against evil and a sense of justice.

But when duty called – no matter how difficult it might be – or when there was evil to be rejected, she did not give in one millimetre, while maintaining all the gentleness of her conduct.

For example, she never permitted changes in the daily routine. She insisted on morning and night prayers, on grace before and after meals, and on punctual bedtimes, wake-up, and nap times. Faithful observance of these many daily obligations prepared her children to choose the path of duty, even at life’s most difficult moments. ◊

Time for a New Conversion

The Reign of Christ Is Irreversible

Innocence Throughout Her Life

There Is No Faith without Justice

Innocence Throughout Her Life

Queen of the Divine Will