Home Story for Children Owe Nothing to Anyone 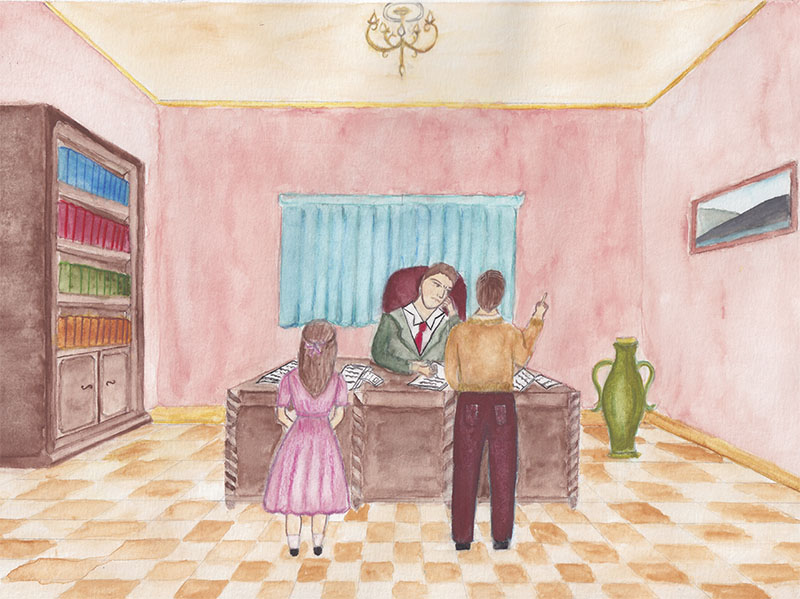 At the height of the party, everyone began to wonder where the birthday celebrant was. Suddenly, he came hurrying down the stairs, took a place among the guests and began a surprising speech…

Our story begins in a busy downtown district, where Mr. Leonard’s office is located in one of the tallest buildings. This month-end finds him occupied in a task not specifically related to his profession. He is seated before a desk strewn with many papers; he has a calculator handy and his pen scarcely rests a moment.

The door opens and a sixteen-year-old boy enters; but Mr. Leonard is too absorbed to notice.

“What are you doing?” the boy asks.

The accountant quickly raises his eyes, and then turns back to his paperwork, muttering: 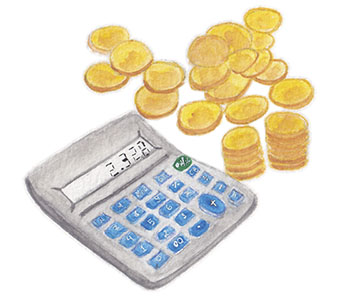 “I’m doing some personal accounting, Charles. Since you are here, let me ask you a question: how much does a cake cost?”

“My co-worker gave me one the other day, and I need to pay him for it.”

“But gifts aren’t meant to be paid for!”

“I must! I don’t want to owe anyone anything!”

Their conversation is interrupted by the entrance of a girl, a little younger than the boy.

“You came too, Belinda?  Tell me something I’ve been asking you brother: how much does a cake cost?”

In an undertone, Charles quickly explains to his sister what Mr. Leonard is doing. A little alarmed, she whispers back:

“Is he going to charge us for everything it cost him to take care of us ever since mom and dad died?”

“I don’t think so,” ponders Charles, “he doesn’t want to charge people anything, he wants to pay people back for whatever they give him!”

While Mr. Leonard continues his calculations, Belinda broaches the topic that had brought them there. 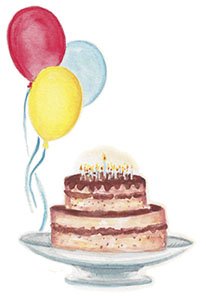 “Uncle, your birthday is coming at the end of the month, and we wanted to arrange, with everyone in the company, a moment for you to celebrate with your colleagues, right here…”

Mr. Leonard raises his head to look at his niece and nephew. He pauses for a moment of thought and then declares:

“Never! That would be very unwise! I would have to recompense my colleagues for their presence and their time, as well as for the gifts received…”

“Nothing of the sort, uncle! It’s your birthday! They will be only too glad to commemorate with you; no one will charge you anything!”

“I don’t want a celebration! I’m too busy with my work these days.”

Charles and Belinda leave without insisting, but they don’t give up. Secretly, they begin to plan a surprise…

The next day, Mr. Leonard was beaming with joy: he had managed to close the list of all his “debts”! As soon as he found a moment, he ran to the bank to transfer amounts equivalent to whatever he had received from others…

Finally, the long-awaited day of Uncle Leonard’s birthday arrived! Coming home from work – quite relieved have all of his “bills” paid – he was astonished to find a grand party set up in his honour… All of his relatives, friends and colleagues were gathered there. His niece and nephew were overjoyed to be able at last to duly celebrate their dear uncle’s birthday!

It took a few moments for Mr. Leonard to recover from the initial shock; then he decided he had better be polite and help to entertain the guests.

However, at the height of the party, everyone began to wonder where the birthday celebrant was… Charles and Belinda went to look for their uncle, and found him sitting alone in his office.

“There you are, Uncle!”  the girl cried. “What’s the matter? Are you feeling ill?”

“No, I’m just worried…” he whispered, his face pale.

“Worried about what, uncle?” asked the boy.

Gripping his head with his hands, in Mr. Leonard replied, in a voice that showed his distress:

“I had just finished my accounts… And now look what I have to add!”

He brusquely arose and hurried down the stairs. Taking a place among the guests, he addressed everyone present, saying: 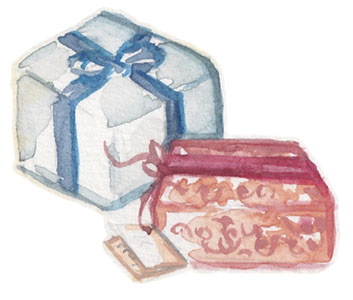 “I want to thank you all for so many tokens of esteem. I don’t want to be ungrateful to anyone, especially my niece and nephew who planned this whole gathering. Rest assured that you will all be repaid. Please wait till the end of next month to receive the amounts due.”

At these words, a hush fell over the group, and sadness clouded their faces. They had just heard that their affection would be repaid with money. But no sum is capable of imparting joy, showing love or returning friendship. All the guest knew this perfectly well, except the guest of honour…

Seeing the general reaction, Mr. Leonard became embarrassed, although unable to explain the reason for his consternation. Gradually, some of the guests began to speak up:

“Leonard, how can you say such a thing? We are here because we like you!”

“We don’t expect to receive anything in return but heartfelt thanks.”

“We don’t consider you as a debtor, but as our friend. Let’s keep money out of our friendship!”

“And we, who are part of your family… How many years have we been at your side? What amount can ever represent the value of our relationship?”

These and similar comments made Leonard all the more abashed. It was then that another voice was heard. It belonged to an old priest, a distant cousin of Leonard’s, who had been discreetly observing the entire scene.

“Leonard, Leonard…,” he said, “St. Paul teaches: ‘Owe no one anything, except to love one another’ (Rm 13: 8). That is what you’re forgetting. It’s your heart – not your money – that we want in return! If you don’t learn to let your heart be filled with sincere love and gratitude towards those close to you, how will you be able to give loving thanks to God?”

The priest’s wise advice deeply touched Mr. Leonard. He looked around at his guests with emotion, now able to see how much his lack of affection had hurt them. The light of grace had penetrated his soul.

Then he made a point of embracing each of the guests, starting with his priest cousin and his niece and nephew. He asked them to forgive his attitude and promised to cherish them with all his heart, for the love of God.

From that day on, Mr. Leonard was a new man. He repaid the favours and kindness he received, no longer with coins, but with joyful recognition coming from his heart. ◊